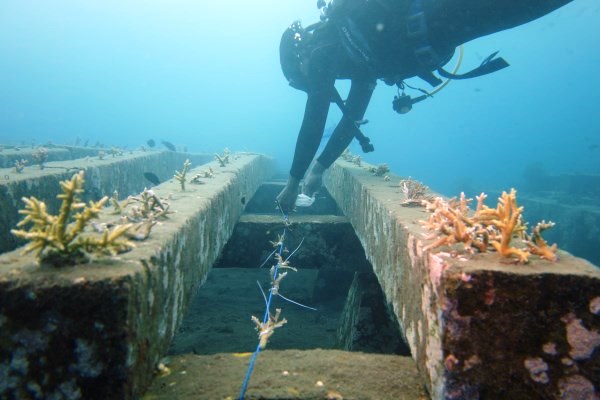 Dive volunteers have different motives for becoming volunteers. Some are ad hoc volunteers, wanting to do good but aren't time rich. Some are marine biology students looking to work with a scientist in a particular field. Some are in a gap year. Some just want free diving. And many, a combination thereof. All of you have contacted me one time or another.

I started as a keen dive volunteer myself, wanting to graduate from recreational diving to something more. I trained as a pro but joining the well-oiled PADI machine wasn't my thing. So I drove up and down Australia and jumped on many planes internationally to pursue a dream that ended up at Les Village. Here is a roadmap of my journey which may be helpful for someone who, like me, is looking for a dive with a difference to make a difference.

I write from actual experience so this is Australia-centric.

Gap year volunteer groups If you google dive + volunteer, what comes highest in the rankings tends to be international non-profit gap year overseas placement organisations like Projects Abroad, Global Vision International, Frontiers, Coral Cays and Blue Ventures. They benefit google ranking-wise from hits by the world-walkabout crowd who have interests not just in diving, eg. teaching, community building and other job placements.

"Gap year" is a misnomer, used to refer to people who want a hiatus from their usual jobs, which can vary between a few weeks to a couple of years. Many of these organisations require a time commitment of a minimum one month (but check the individual websites for shorter durations). There is good reason for the extended time commitment, since some of these organisations will train you rigorously in the work methodologies. For the entire duration of the expedition, the volunteer works out of a single location.

As you live and work in the local community for an extended time, be prepared for living conditions quite different from home. The funding sources of these non-profit NGOs vary, but usually, the volunteer pays to cover food, board and other costs. This can stack up to a few thousand dollars/pounds although considering the duration of the weeks or months, it is an economical opportunity to live and dive in a place abroad for an extended period.

Most volunteers who contact us at Sea Communities, however, don't have the time or money required for these ventures. So, what do you do? Well, apart from coming to our tropical paradise in Bali with bath-warm diving and paying to live like a local, here are some tips. 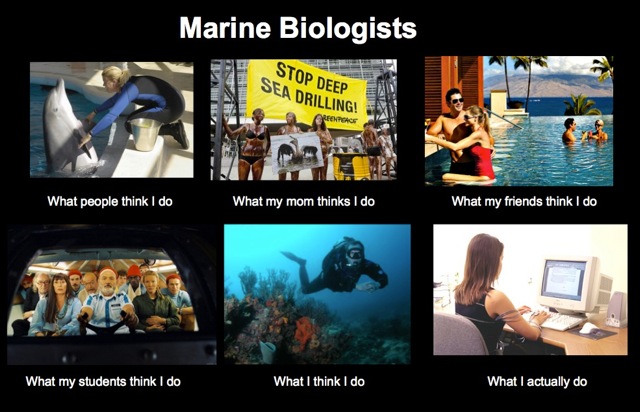 Project Expeditions These take on untrained volunteers but are not usually suited to budget adventurers looking for subsidized diving. Eye to Eye Marine Encounters in Australia and the Geneva-based Antinea Foundation are examples of liveaboard based operations. Earthwatch conducts a number of non-liveaboard dive/marine projects. What the volunteer pays may partly fund the research or the liveaboard boat for the scientists (field trips being an expensive component of the scientists’ grant funding). The volunteer may get involved in helping hands-on or observe how the scientists do things. The time commitment required of the volunteers varies depending on the operator, but can be as short as a week.

International or national network volunteer groups These offer subsidised diving. But you have to train with the organisation and join as a member. Good examples of this genus in Australia or internationally are Reef Life Survey, Underwater Volunteers of NSW, and Reef Check.

UVNSW has a network of volunteers dominated by the URG (underwater research group) diveclubs around New South Wales in Australia. Its focus is coral and fishlife, and the group is compiling a baseline database of fish and coral testing a hypothesis of global warming on fish varieties shifting southwards in Australia.

RLS is a highly trained network of divers from all parts of Australia who do fish surveys. They train together, commit to memory pictures of dozens, if not hundreds of fish, have optimal bouyancy skills to toggle camera and slateboard while battling tidal surg in bad vis and drysuit diving temperatures, and do plenty of shore or boat dives around Australia, all to build up a credible baseline database of fish for reference by authorities and the general public. RLS has a once year trip using the marine research station at Rotnest Island (Perth) as a base, and USED to have a lovely boat that brought you out to fantastic divespots around Australia. Unfortunately at the time of writing, that boat sadly was bashed by a big storm and is not running at the moment. 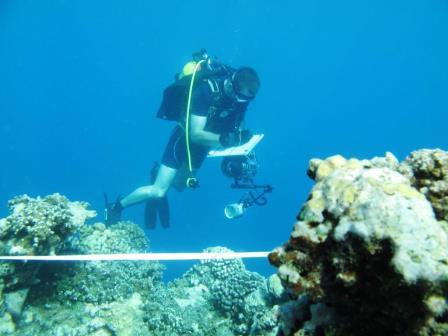 Generally, these groups seek to do surveys with wide spatial coverage repeated over time, accounting for the broad spread of membership base. The time commitment to the surveys + training generally will be a few days. Funding can be from donations or government grants but usually the volunteers can join a day-trip survey paying nothing or a nominal amount, although the volunteers do pay for food and board during the training camps. Survey opportunities depend on available funding, and generally, the calls to volunteers come every few weeks. The survey sites span the coastline, so volunteers do not survey the same site all the time, although they may repeat a survey over time to gauge temporal changes.

The cultural ethos of each group will vary, but training can be rigorous. Many of the members are also avid photographers, their interest in fishlife and coral variety generally having been piqued through underwater photography.

Lastly, mention should be made of volunteering with Australia Institute of Marine Science or AIMS, the Holy Grail of dive volunteering in Australia. I followed a rumour that you can write in to express an interest in volunteering and got a hold of a coveted email address. After some earnest entreaties and black hole silence for a while, I got a trip invite. It works! Now, the reason you shouldn't ask me for the email address. Because, unless you have lots of dives logged, have a CV in underwater surveys, hold a current AS2299 commercial diver medical clearance, your first aid and O2 administration certificates are still current AND you can drop everything to join the boat at short notice, the scientists won't even bother with you. I once coordinated a program with Sydney Institute of Marine Science who had a great initiative to involve Citizen Science. 20 divers signed up enthusiastically. Only 5 saw through the rigourous medicals and first aid/O2 prequalifications.

Community/local dive volunteer groups These groups are local in nature and therefore the most difficult to ferret out; therefore, the commentary is limited to the Australian context (in particular, the NSW/Queensland area within which DiVo dives most). Actually, in NSW, there are two sub-genuses, the underwater research group and the Coastcare group.

Some underwater research groups started early – Sydney’s URG, for instance, was established in 1953 and Solitary Island URG (or SURG) was set up in the 1980s – and today, there are a number of URGs established along the coast of NSW. Their activities centre around marine research and conservation projects most of which are grant funded. Their projects last for the duration of the grant cycle and as a condition of the grant, have to meet certain deliverables within committed timeframes. These groups therefore require a committed core of volunteers although they do welcome ad hoc volunteers. Outside of funding cycles, the URGs may function as recreational diveclubs, and the regulars are usually knowlegeable about marine life and enthusiastic photographers. The majority of members are not marine academics. In Queensland, an example of a local dive group is OUCH (Order of the Underwater Coral Heroes) who are a collective of local divers and diveshop operators. OUCH’s activities include seagrass monitoring and assistance in mooring recovery and maintenance, and it has been an influential lobby voice in the Great Barrier Reef’s zoning issues.

Coastcare groups, on the other hand, started in the mid 1990s as an extension of the national Landcare movement, an Australian program emanating from a federal government study into how best to involve government, community and industry groups in the care and management of the local environment. They are best described as grassroots groups of concerned citizens who organise themselves locally to pursue a common cause. Diving is not the predominant focus of Coastcare groups although their interest in marine conservation overlaps that of the underwater research groups.

You may be wondering, having done all this in Australia, why did I pursue something in Bali? The short answer: warm diving, an expensive Aussie dollar, low costs in Bali, an easy international airport gateway, and no onslaught of bureacracy and health/safety regulations to stymie willing volunteers. At Sea Communities, we believe in providing an opportunity for volunteer divers to do conservation work underwater, practising safe diving and at a cost that volunteers from all around the world can afford. We try to make the volunteer activities as accessible as possible, and making the volunteers' stay as locally integrative as possible. Les offered this happy congruence of factors to me, and I hope to you too.

Some further reading can be found in  these links:

So you want to build a coral reef? Some insights on artificial reef building

Co-opting passion into science. A volunteer's experience on Project Manta, the holy grail of dive volunteering. Did I detect awed hush?

The Lionfish invasion. You mean, we spear them for fun??! Immigration. Integrating into host societies. Yes these problems exist in the fish world too.