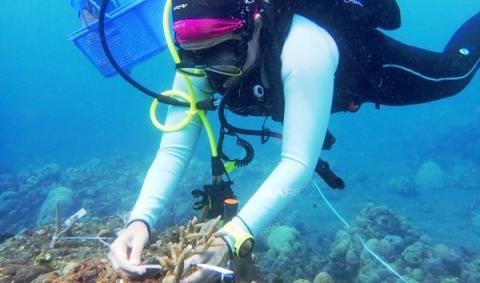 Les village once poisoned its reefs with cyanide. Fish and coral died, nothing was left but rubble.

Three guys from an Indonesian NGO, Telapak - Ruwi, Arso and Cipto - taught the villagers a better way. They slept on the floors of open-air huts and became part of the village family. They taught fish netting techniques in place of cyanide fishing. Cipto also started an Adopt a Coral Program. In 2011, he met an Australian non-profit dive volunteer organisation, DiVo, and Sea Communities was born in 2012 using dive volunteers to carry on the reef rehabilitation work.

Thanks to Humantravelling.com for their wonderful video 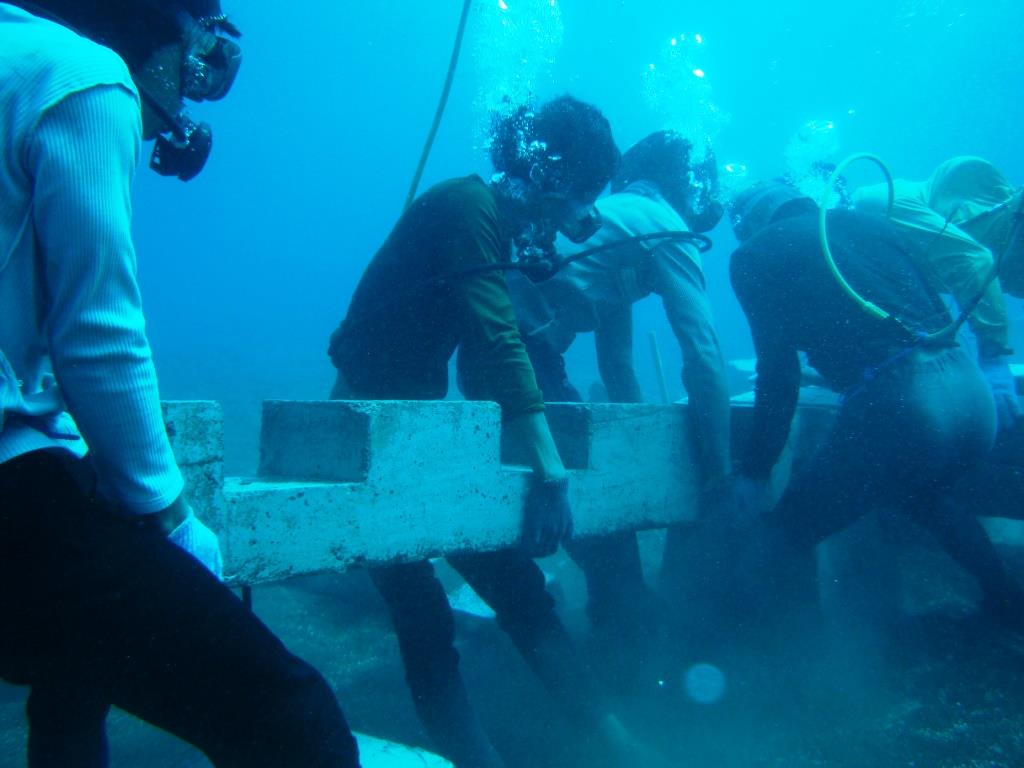 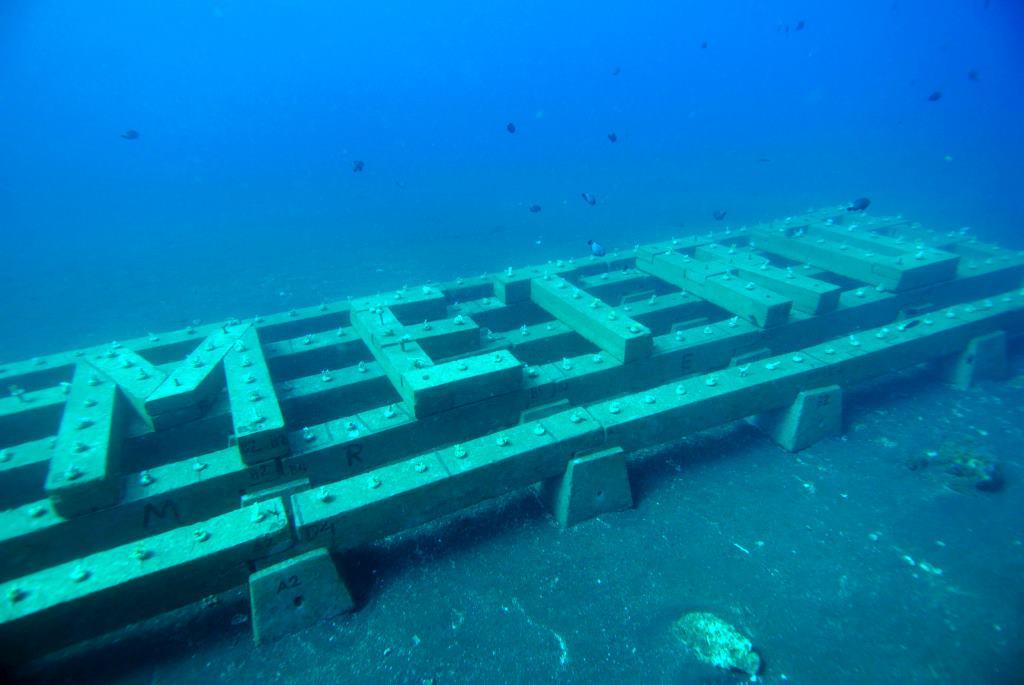 That was METRO around 2010. This is what METRO looks like today.

To plant corals in the concrete. the fishermen designed concrete plugs, into which coral sprigs are set into glue. Our dive volunteers then put the plug into its concrete socket underwater. 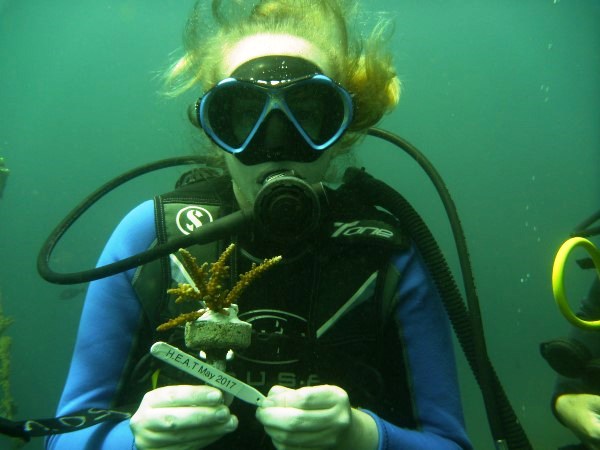 We re-designed the concrete structures to be smaller and lighter, so that school groups could sponsor and launch one. 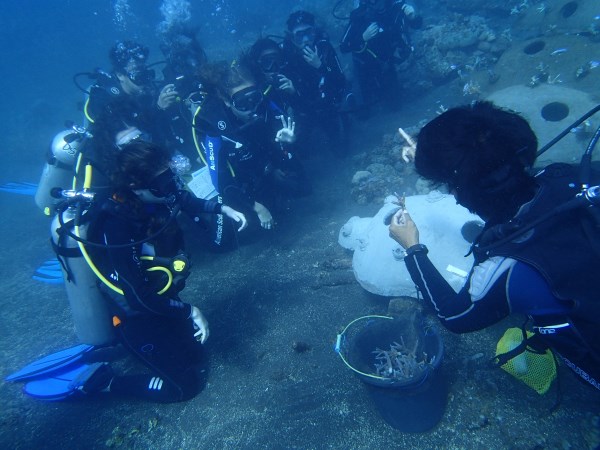 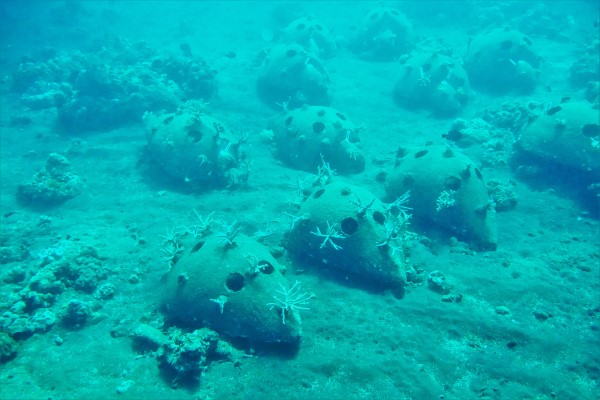 Adopt a Coral used concrete platforms as the growing medium for coral recruits. Concrete is actually one of the better man-made medium for coral growing, being inert and stable. Through experience, we discovered its shortcomings. Coral plantings on concrete platforms are widely spaced to allow corals to grow out to adult size, but too widely spaced for efficient farming in larger numbers. High mortality rates of infant corals from bleaching and monsoonal sedimentation translated into wastage of concrete real estate. The concrete platforms also presented an occupational safety hazard for the fishermen launching them.  When we started our STARR (Scientific Trial Active Reef Rehabilitation) Program with the National University of Singapore, we saw from its early data that bleaching and sedimentation from recent seawall works were causing a high mortality rate amongst our coral babies. The STARR scientists introduced nursery-transplantation methods to Les, because their own work in Singapore show that corals survive better if they go through a nursery stage while they are babies, transplanted onto fixed reefs only when they are hardier. The STARR scientists were commissioned by the Maritime Ports Authority of Singapore to conserve and re-plant a Noah’s Ark of coral from reefs to be demolished for Singapore’s port expansion. The survival rate of the Singapore coral plantings were 80%, an excellent outcome.

With coral nurseries, more baby recruits can be nursed and maintained efficiently, to allow for natural attrition. Transplanting coral directly onto natural benthic structures when they are mature enough also bypasses the cost and limitations of concrete platforms. We now have a mix of rope and table nurseries where we maintain our coral. After one to two years, we transplant the coral into the natural reef. 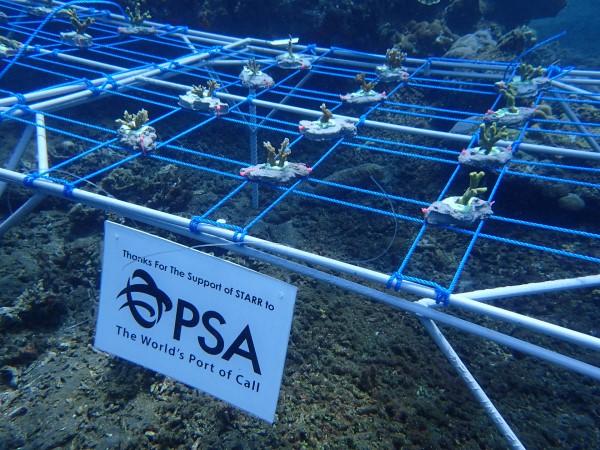 Growing the coral has a side-benefit that no one could forsee at the start, but which is now probably the most important thing in ensuring the continuity of these sustainable fishing practices. By making the fishermen grow  the coral, it vests them with a feeling of ownership over the reef. So they are much less inclined now to damage something they built with  their own hands. And having seen the time it takes for new coral to win back fish populations, they are determined to keep fish stock self-sustaining and voluntarily enforce and police their size quotas.

Instead of blitzing the reef fish with cyanide, the fishermen now place a net carefully (with minimal drag impacts) on a rock bed and chase fish into the net. They sort out fingerlings and place the fish into a decompression bucket. On off hours, they go underwater to do fishcounts to regulate which sites to fish and which to let fallow. 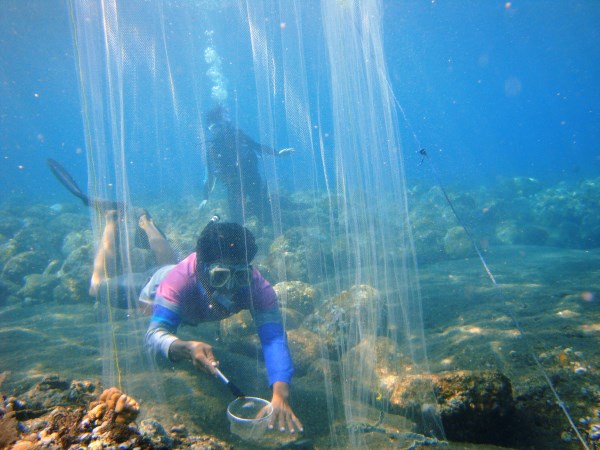 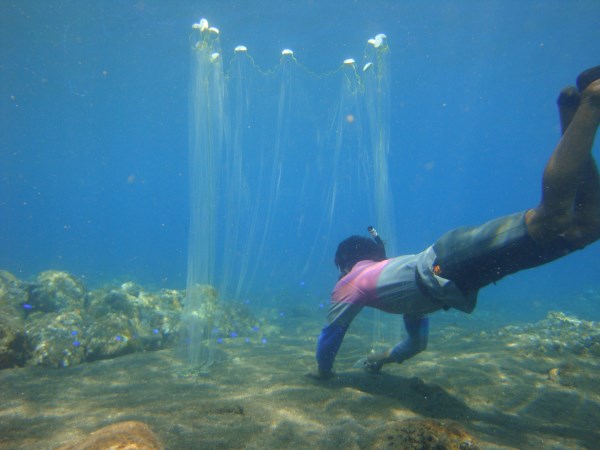 The results are there for all to see. Like Nike says, JUST DO IT!